Members of the comite d’action des citoyennes et citoyens de Verdun (CACV) met with the public on Saturday to raise awareness of the situation about development of the land along Gaetan-Leberge.

Basically it’s about asking the city of Montreal to create a reserve of land and buildings in order to develop social housing!
Why the land on Gaétan Laberge?
– because it is  municipal land and that all public land should go back to the community!
– because it’s the last real unpurposed land in Verdun, which would allow us to develop social housing projects for hundreds of households in need!
– Because  since September 2014, the district of Verdun is committed to support the construction of 100 per cent of social housing and community for this land but that, for a year, nothing moves and the city of Montréal seems to be in no hurry to release whatever it is planning to do… 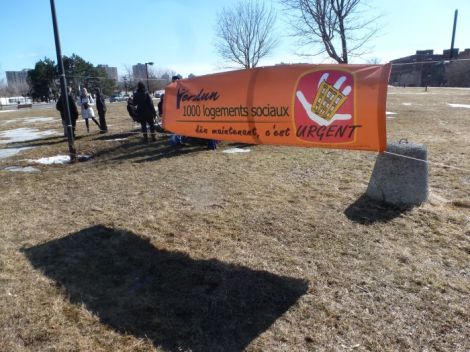 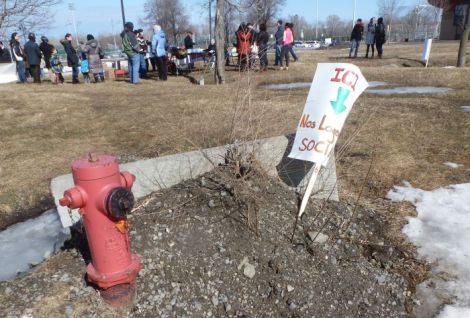 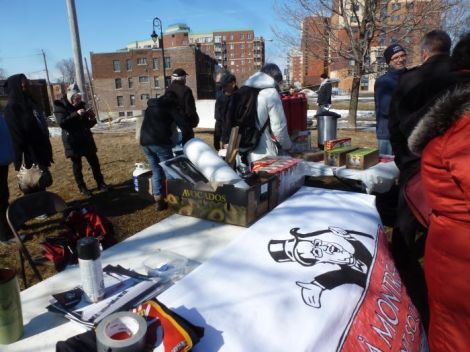 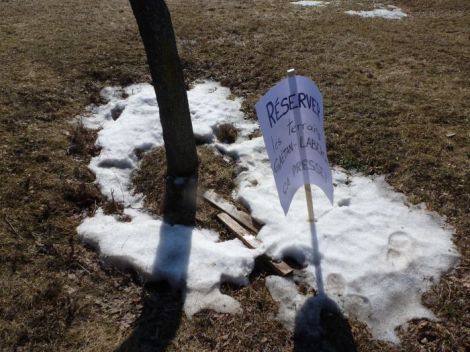