One of my favorite photographers, and a Canadian, eh?

“While trying to accommodate the growing needs of an expanding, and very thirsty civilization, we are reshaping the Earth in colossal ways. In this new and powerful role over the planet, we are also capable of engineering our own demise. We have to learn to think more long-term about the consequences of what we are doing, while we are doing it. My hope is that these pictures will stimulate a process of thinking about something essential to our survival; something we often take for granted—until it’s gone.”

“The project takes us over gouged landscapes, fractal patterned delta regions, ominously coloured biomorphic shapes, rigid and rectilinear stepwells, massive circular pivot irrigation plots, aquaculture and social, cultural and ritual gatherings. Water is intermittently introduced as a victim, a partner, a protagonist, a lure, a source, an end, a threat and a pleasure. Water is also often completely absent from the pictures. Burtynsky instead focusses on the visual and physical effects of the lack of water, giving its absence an even more powerful presence.” – Russell Lord – Curator of Photographs – NOMA 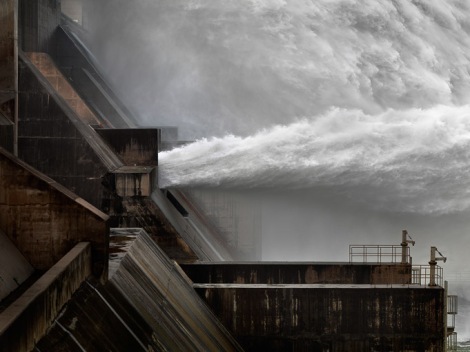 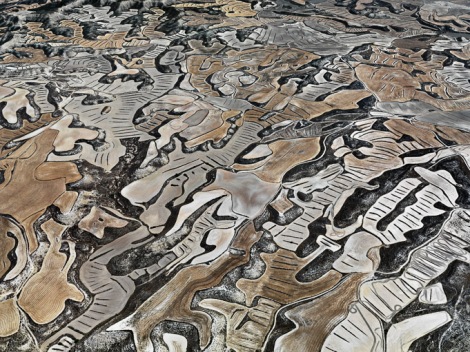 Burtynsky is perhaps the most important photographer working in the world today.

One response to “Water – Edward Burtynsky”